Learn the French numbers and how to count from 0 to 59.

The numbers 0 to 19 are pretty easy in French; you just need to memorize them like any other vocabulary:

You’ll notice that the consonants at the end of cinq and huit are pronounced. However, this is only true when the numbers stand alone (as in the sound files), precede a vowel or h muet, or are at the end of a sentence. When either of these numbers is followed by a consonant, that final sound is dropped.

Get used to French numbers with these listen-and-repeat exercises, as well as random number files to test your comprehension:

Lessons that rely on your understanding of French numbers:

The French numbers 20 through 59 are formed just like their English equivalents: the tens word (vingt, trente, quarante, cinquante) is joined by a hyphen to the ones word (un, deux, trois, etc). 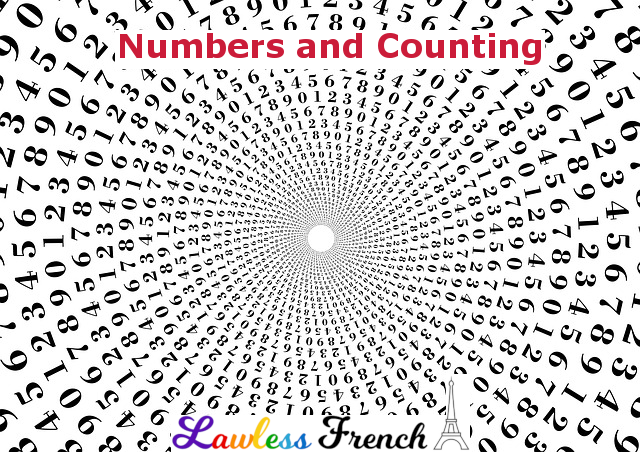