In English, we say that the vowels are "a, e, i, o, u, and sometimes y." The last couple of words hint at one of the keys to understanding pronunciation: a vowel is not so much a letter as the sound represented by a letter or combination of letters.

Characteristics of a vowel sound

Too technical? Try this lesson instead: Vowels for beginners.

The majority of French vowels are pronounced closer to the front of the mouth than their English counterparts. The tongue and lips remain tensed through the pronunciation of French vowels, and the sounds remain "pure," rather than diphthonging into y or w sounds, like English vowels tend to do.

There are three different ways to categorize French vowel sounds:

2. Tongue position: high vs low (aka closed vs open)

3. Effect on consonants: hard vs soft

The consonants have two different pronunciations in French: a hard sound and a soft sound. For C and G, the sound required in any given word depends on which vowel follows the consonant.

This distinction is very important for certain verbs, which require spelling changes in order to maintain a soft pronunciation in front of a hard vowel – learn more.

All of the French oral vowels may be modified with various accents. These diacritical marks are extremely important and must be included when writing or typing in French. 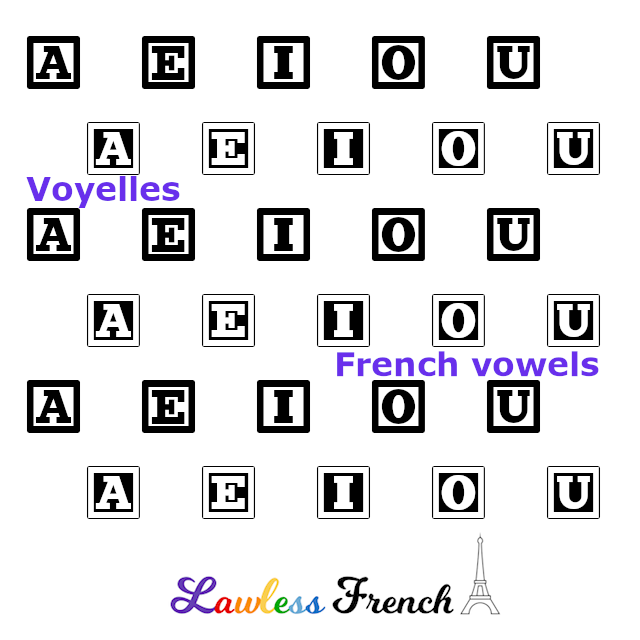