Practice your French translation and writing skills with this B2-level writing challenge:

A Day in the Countryside 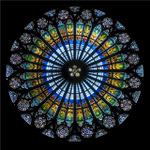 In English, you can emphasize an important word or syllable by pronouncing it more loudly, as in "It's magNIFicent!" That's not the case in French, which uses the affective accent instead.

Verbs of perception are subject to grammatical agreement in the compound tenses, but the rules are somewhat tricky - they only agree with their subjects when they precede the verb.

Are you taking the AP French exam this year? Take a look at this page for info about the exam format and some study tips.

On Bastille Day 2016, a semi truck plowed through the crowd on the Promenade des Anglais, killing dozens of people. This short video summarizes the events.

On 13 November 2015, Paris was struck by simultaneous terrorist attacks. Here is the video of President François Hollande's speech that night, with transcript and translation.

From 30 October to 1st December 2020, France is once again on lockdown due to the spread of COVID-19. Anyone leaving their home must show a signed copy of this document upon request. I've turned it into a reading comprehension exercise with side-by-side translation. Updated 2 April 2020

Practice your French listening comprehension with this B2-level dictée:

With the UK leaving the EU, the French have been quick to suggest that they should take their language with them.

Although the subjunctive is commonly used in French, there are numerous ways to avoid it, with varying meaning changes. (This doesn't mean you don't need to know how to use the subjunctive, just that there are times when an alternative is acceptable.)