An adverb is an invariable word that modifies a verb, an adjective, or another adverb. Adverbs can provide additional information about manner, quantity, frequency, time, or place - they explain when, how, where, how often, or to what degree something is done.

Adverbs of frequency express how often the action of a verb occurs.

Adverbs of manner express how the action of a verb occurs. In English, the vast majority of adverbs of manner end in -ly, whereas in French, they mostly end in -ment. They are usually created from adjectives.

Adverbs of place express where the action of a verb occurs.

Adverbs of quantity express how much, how many, or to what extent.

Adverbs of time express when the action of a verb occurs.

The preposition avec is used similarly to its English equivalent "with," but with a few differences.

Comparative adverbs are used to compare the relative superiority or inferiority of two or more things. This superior lesson will keep you from getting an inferiority complex. ;-) 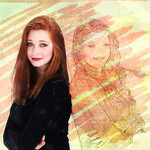 If you haven't seen this lesson on the French expression déjà vu, you don't know what you're missing.

The adverbial pronoun en can replace a quantity, a place, or the object of the preposition de. This little word has many possible translations.