While bon and bien can both be adjectives, bon is the more common one. It serves to describe a noun as "good" as in valid, high quality, useful, pleasant, and the like.

In contrast, when bien is an adjective, it’s used with copular (state-of-being) verbs and means "good" along the lines of sense of moral, satisfying, healthy, or attractive.

When it comes to adverbs, bien takes the lead. As an adverb of manner, it means "well":

With faire and sentir, bon is an adverb meaning "nice, pleasant, good":

Les biens are "goods" or "property": 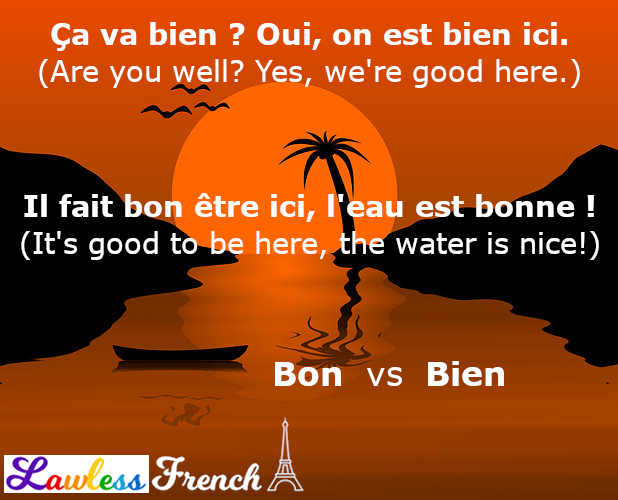