The regular -er French verb manquer means "to miss," which seems straightforward enough, and yet it causes no end of confusion due to a strange turnaround it requires in a certain construction.

To miss = to fail to be at/in/on something

To fail to do something, to not do something that was expected. In this construction, manquer is a semi-auxiliary verb.

This construction is most commonly used in the negative to mean "to be sure to" – literally, "to not fail to":

To be missed by someone or something (emotionally), to be aware that something is missing.

Manquer à is particularly tricky when pronouns are used for both the misser and the missee, as they are reversed in the two languages: in French, the indirect object misses the subject pronoun. 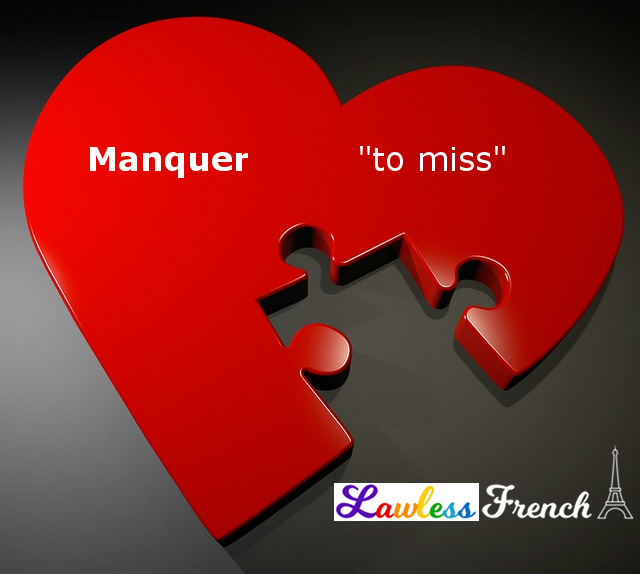