Verbs are action words that express the action (He runs) or state of being (I am tired) of a sentence. They are one of the main parts of speech.

French verbs have to be “conjugated” or “inflected”; that is, changed according to how they are used. They have five to six different conjugations for each tense and mood.

When you encounter a new verb, be sure to learn its infinitive, which is used as the basis for just about everything you do with it. (The French Verb Deconjugator can help!)

Most French verbs are conjugated by removing the infinitive ending to find the "radical" or "root" (e.g., and then adding the appropriate ending, which is determined by a combination of five different elements: 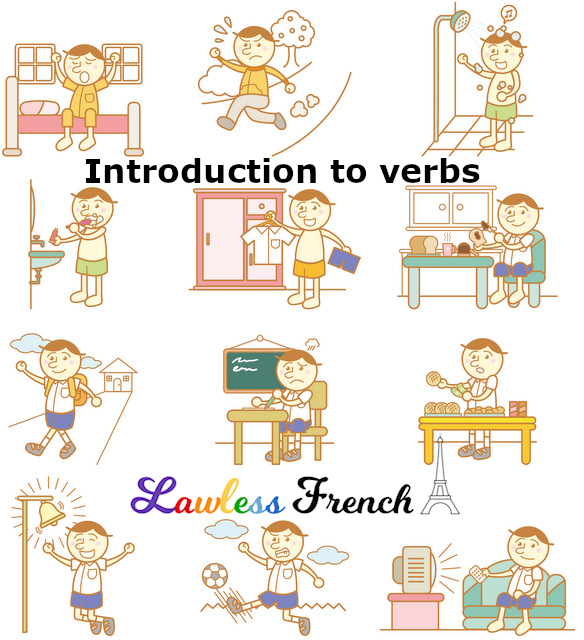