Subject pronouns are a type of personal pronoun that indicate who or what is performing the action of a verb.

The different subject pronouns are determined by number and person.

Thus, with two numbers and three persons, there are a total of six grammatical persons, each of which has at least one French subject pronoun:

In addition to "he" and "she," il and elle mean “it” when they replace a noun of that gender, so le livre (the book) becomes il and la pomme (the apple) becomes elle.

À noter : There are two French words for "you": learn more.

On is a special case. It can mean "you," "they," or people in general, and it can also be an informal replacement for "we." Regardless of meaning, on is always conjugated as a third person singular – learn more.

As in English, plural pronouns replace two or more singular pronouns: you and I = we (nous), you and he = you (vous), etc. But when you actually want to use two singular pronouns – saying something like "you and I" as opposed to "we" – French uses stressed pronouns instead. 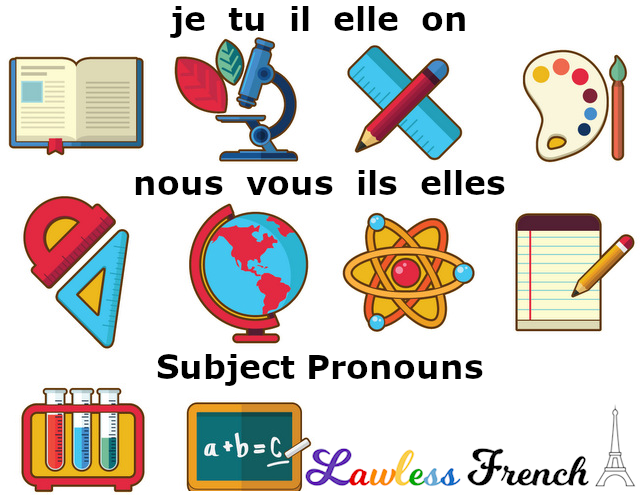