When you start learning French, it’s not just French vocabulary you have to get used to – you’re also introduced to a whole new world of grammatical terms. For many students, one of the most daunting of these is verb conjugations. Just what is a verb conjugation and what does it mean to conjugate a verb?

In the simplest terms, a conjugation is a specific form of a verb that contains information about who / what is doing something and when. What makes it possible for a verb form to be packed with so much meaning? The five elements of conjugation, also known as inflections – that is, what is added, subtracted, and/or changed to indicate each of the following characteristics:

Every verb conjugation includes a selection from each of these five inflections, though as a beginner you’ll only need to think about the first three.

Person and Number go hand-in-hand to express who / what does something. There are three persons (first, second, third) and two numbers (singular, plural), for a total of six grammatical subjects: the people / things who are doing whatever the verb says they’re doing.

Mood and Voice are more advanced concepts that you can safely ignore for now, as they will default to the most common (indicative and active, respectively).

This is confusing in the abstract so let’s look at some examples to make it clear.

Manquer is an infinitive, which is the unconjugated / uninflected base form of the verb with no person, number, or tense. In order to conjugate an infinitive, the first thing to consider is Tense: when (does someone miss something)? Then we need to think about Person and Number: who (misses something)? If the answers are "now" and "I," then our list of inflections looks like this:

Having learned how to conjugate regular -er verbs like manquer in the present tense, you know that the conjugation is je manque.

If we change the subject to "he," the Person changes:

and our conjugation is il manque.

When we change the subject to "they," the Number changes:

and our conjugation becomes ils manquent.

Now let’s change the Tense to future. "They will miss" looks like this:

or in other words, ils manqueront.

As you study French, you’ll constantly be introduced to new verbs, tenses, moods, and voices – but don’t panic. You can use the above framework for now, but soon you’ll start to see patterns. With practice, you’ll be able to conjugate verbs without even thinking about it, just as you know instinctively that "I miss" and "they miss" but "he misses." 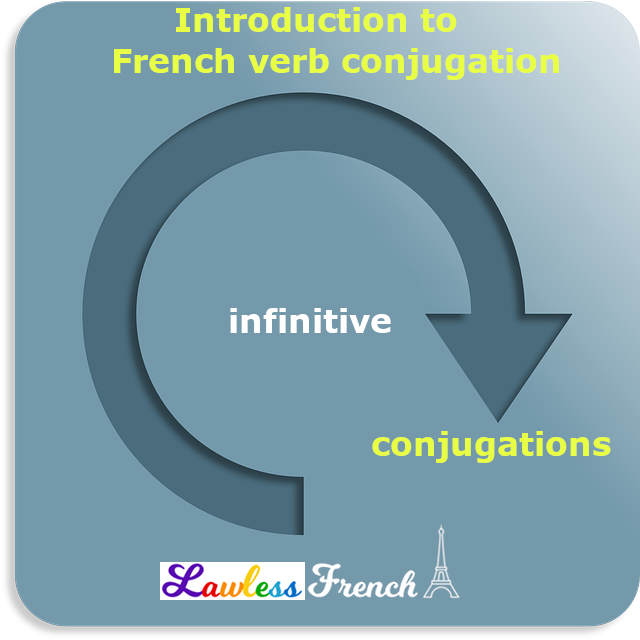