The irregular French verb falloir means "to need," "to be necessary," or "to be lacking."

Since falloir is an impersonal verb, it has only one conjugation in each tense and mood: the third person singular, which may be followed by an infinitive, the subjunctive, or a noun.

To specify that a particular person needs to do something, use an indirect object pronoun.*

* Or use the subjunctive instead:

Note that the English infinitive is the most idiomatic equivalent to the subjunctive in this construction.

This impersonal pronominal expression means "to be missing/short of" and is always followed by an amount, whether in the form of a noun or an expression of quantity. This indicates what prevented the action, expressed in a separate clause, from happening. The adverbial pronoun en, though required, doesn’t really mean anything here. 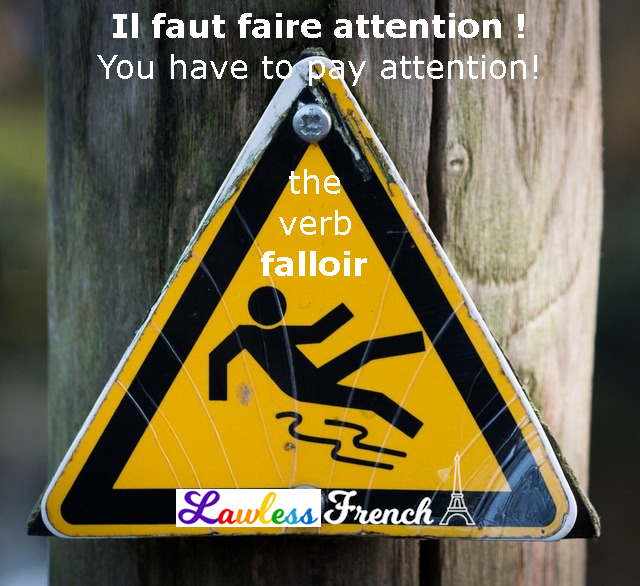