Expressions of quantity express how much or how many of a given noun.

Most of the above expressions are followed by de plus a noun with no article.*

However, when the noun is specific, the article is needed (in both French and English).

* Except for the starred phrases, which always require the article. 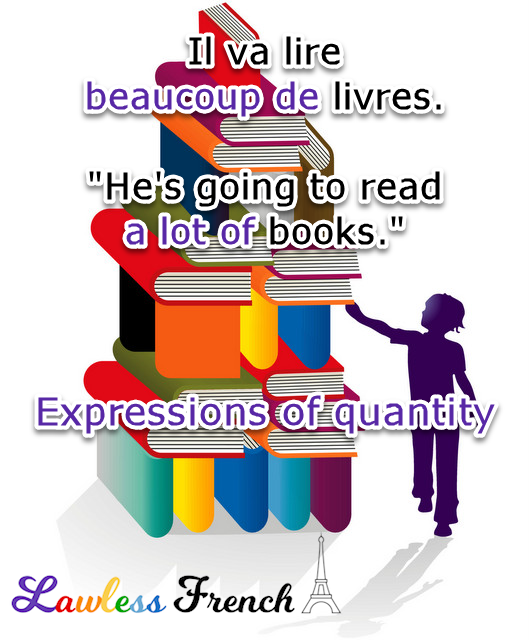