While French has the same alphabet as English, some of the letters have little decorations that can make them look and sound very different. In French, accents are essential: they're there for a reason, so you must include them when writing.

In French, E is the only letter that can be modified with l'accent aigu, the acute accent. With the accent, it may be called either e accent aigu or simply é, pronounced [e]. As indicated by the latter, the acute accent changes the vowel's pronunciation to [e].

If you want to read and write in French, one of the first things you should learn is the alphabet. If you're wondering how many letters there are, you're in luck: French has the same 26 letters as English. Unfortunately, most of the names of letters are pronounced differently, as are many of the sounds.

The little hook added under the letter c in French is a diacritical mark known as a cedilla, une cédille: ç. The letter c with the hook is called c cédille.

The circumflex, aka "little hat," is the only French accent that may be found on each of the five vowels. In any given word, the circumflex may serve one or more purposes.

Contractions occur when two words are combined into one, sometimes with a distinctly different spelling. In English, contractions like "won't" are optional and indicate informality. In French, however, contractions are required, regardless of the register you're speaking or writing in.

The dieresis, le tréma, is a French accent found only on three vowels: ë, ï, and ü. The dieresis usually indicates that the accented vowel must be pronounced distinctly from the vowel that precedes it. 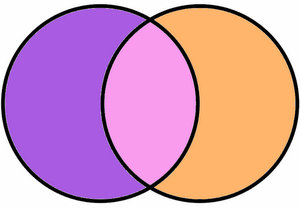 An elision is a type of contraction that occurs when two words are combined: one or more letters are dropped and replaced with an apostrophe. In French, written elisions are required, regardless of the register you're speaking or writing in.

French grammar is sometimes trumped by pronunciation, as in the case of euphonic adjectives. Because French does not like the hiatus created when a word ending with a vowel precedes a word that begins with a vowel or mute h, a few adjectives change their spelling—and thus their pronunciation—for purely euphonic reasons.