The French suffixes -et (masculine) and –ette (feminine) can be added to nouns (including proper nouns), verbs, and adjectives.

The suffixes –et and –ette are usually diminutives when added to nouns.

Sometimes the relationship between the original noun and its suffixed counterpart is more figurative.

Suffixes can be added to masculine or feminine names to make diminutives:

In addition, –ette may be added to masculine names to make them feminine:

The suffixes can be added to the roots of verbs (verb minus infinitive ending) to make related nouns.

The suffixes can be added to adjectives, with one of two results.

a. The new adjective is softer, weakened form of the original, along the lines of "somewhat ____."

Note that the feminine form of the original adjective is always the starting point for both the masculine and feminine forms of the new, suffixed adjective.

For more French words that end in –et or –ette, try the amazing Recherche par critères feature of Le Petit Robert. You can choose a catégorie grammaticale to see just nouns, for example, or leave that section blank for a complete list. 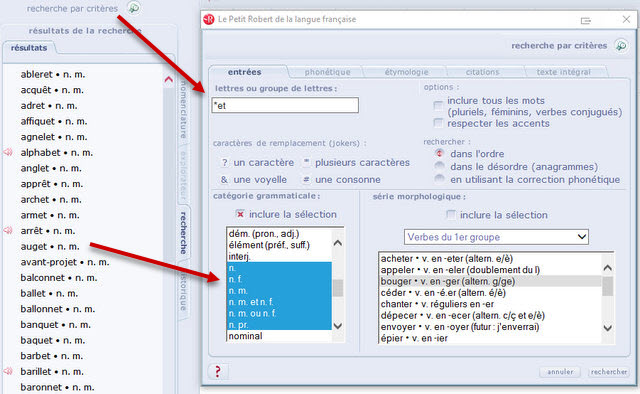 There are a number of English words with the suffixes –et and especially –ette, which usually act as a diminutive. For example,

But as in French, the relationship between the original and suffixed word doesn’t always have to do with size – e.g., bachelorette and leaflet. Also, watch out for this 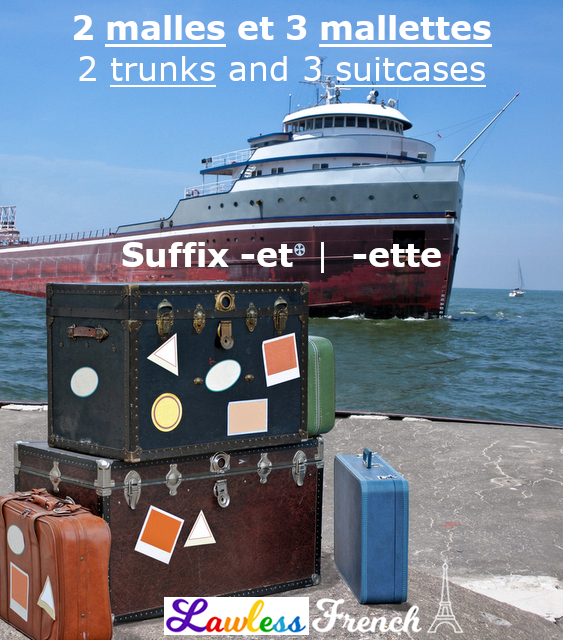