There are hundreds of common French first names. Some look just like their English counterparts, others are fairly similar, and still others are uniquely French. These pages include more than 200 of the most popular French names, along with their pronunciation and English equivalents.

When looking at these names, please keep the following things in mind:

1. Hyphenated names are very popular in France. They are usually composed of two names from the same gender; e.g., Jean-Christophe, Paul-Henri, Anne-Lise, or Marie-Laure. Less commonly, they are composed of one boy name and one girl name, with the “correct” gender name first, as in Jean-Marie for a boy or Marie-Jacques for a girl. Note that hyphenated names are considered a single unit – together, they are the person’s first name, not a first and a middle. In other words, if you are introduced to Marc-Louis Lefèvre, be sure to call him Marc-Louis, not Marc.

2½. However, when this occurs with a boy name that ends in é or a pronounced consonant such as l, the male/female distinction is apparent only in spelling, not pronunciation. For example, Aimé (masculine) and Aimée (feminine) are pronounced the same way, as are Daniel and Danielle. See unisex names for more examples.

3. There are also diminutive French suffixes: -et and -ot for boys’ names, -ette and -otte for  girls’ names.

Without further ado, click on the following links to discover some of the most popular first names in France:

Did you know that French parents are not completely free to choose their child’s first name? Learn about some surprising restrictions in this bilingual audio article. 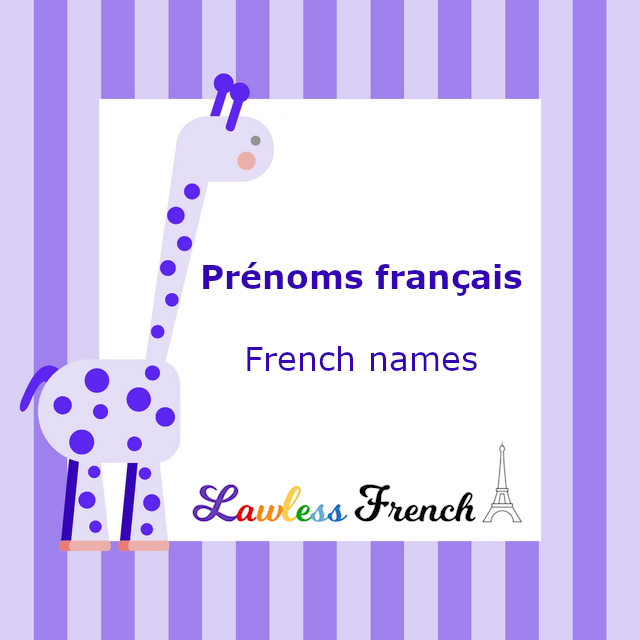