An adjective is something like "a word that describes a noun." If asked to name some adjectives, you might come up with words like small, pretty, and blue - in other words, descriptive adjectives. But did you know that there are many other types of adjectives as well?

Adverbs of manner express how the action of a verb occurs. In English, the vast majority of adverbs of manner end in -ly, whereas in French, they mostly end in -ment. They are usually created from adjectives.

The three French verb constructions which include some form of être plus a past participle usually require grammatical agreement of the past participle with the subject. 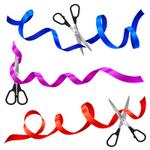 Many French nouns and adjectives have shortened forms called apocopes, which are created by dropping one or more syllables at the end of the word. Some of these are further modified by adding o to the end.

When colors are used as adjectives, they usually need to agree with the nouns they modify in gender and number - but there are some notable exceptions.

Demonstrative adjectives (this, that) are used to indicate a specific noun or nouns. In French, they must agree with the noun(s) in number and sometimes gender: ce, cette, cet, ces.