The French suffix -ée is added to nouns or verbs to make new nouns, which are usually feminine. There are several possible meanings bestowed by the suffix.

There are four pairs of French nouns that distinguish between a simple period of time and the duration or quality of that time period – learn more.

An amount equivalent to what that noun holds.

Note that when the original noun ends in -e, that letter is dropped before adding the suffix. A few words have additional, minor spelling changes when suffixed.*

The contents of the original noun, the concept of what it contains or indicates.

4) Noun created from a verb

The addition of the suffix –ée creates a noun that indicates the purpose, action, or result of that verb. Note that the infinitive ending is dropped before the suffix is added:

The feminine singular past participle of -er verbs:

Quite a few plant names and plant families end in –ée, though I can’t find a pattern to their creation.

There are many other words that end in –ée but don’t follow a pattern; here are just a few examples:**

* Note the minor spelling changes in the words cuillerée (loses the accent on the penultimate e in cuillère) and maisonnée (n at the end of maison is doubled).

For a complete list of French words that end in –ée, try the tremendously useful Recherche par critères feature of Le Petit Robert: 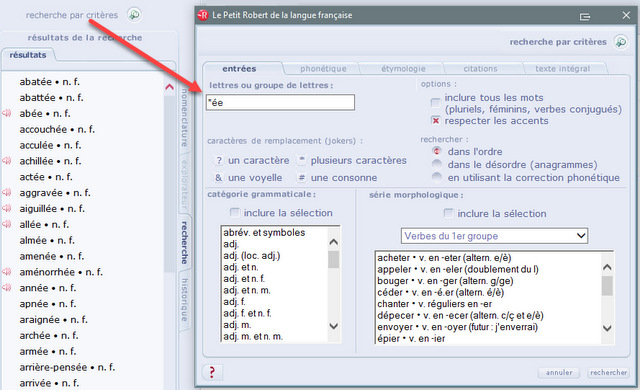 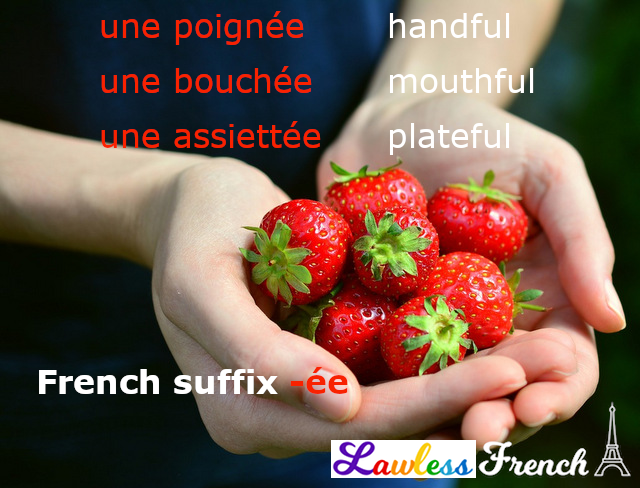