Adjectives serve the same purpose in French and English, but they are very different in other respects.

Gender and Number of French Adjectives

English adjectives have a single form, but French adjectives can have up to 4* forms, according to the gender and number of the nouns they modify:

If you’ve already studied the noun lesson, some of these rules will look familiar.

1) Masculine singular is the default form, to which the feminine and/or plural endings are added. For regular adjectives,** these endings are -e for feminine and -s for plural.

3) When the default form of the adjective ends in -a, -e, or -o, the masculine and feminine forms are the same.

See the links to irregular feminine and plural forms at the end of this lesson.

* There are a few adjectives that have 5 forms.

** All regular and most irregular present participles and past participles follow these rules when used as adjectives.

Think you’ve got it? Test yourself on French adjectives with these fill-in-the-blank exercises: 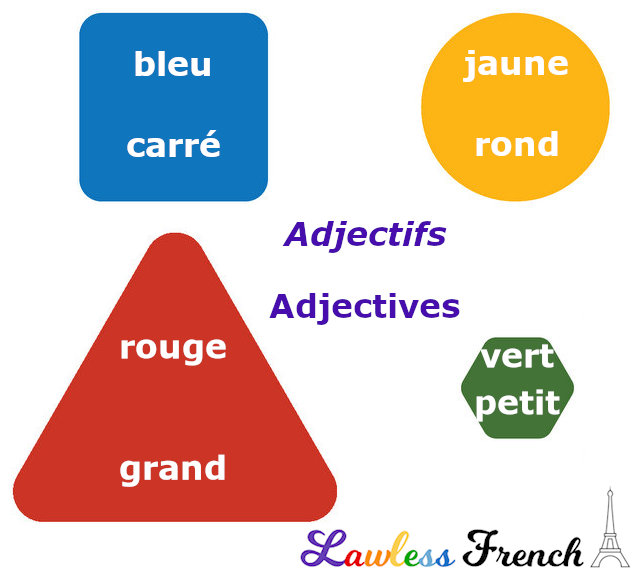