Most French nouns and adjectives become feminine with the addition of -e, but there are some exceptions. Some irregular adjectives and nouns require an additional spelling change, depending on the final letter(s) of the word.

-c and -eur have two different feminine endings, but that doesn’t mean you can choose which one to use. Each noun and adjective requires a specific feminine ending – you can find out the correct one for your word in the dictionary.

The location of the tréma on -gu is in flux. The feminine was originally spelled -guë and this is still very common, even though the spelling was officially changed to -güe in 1990. 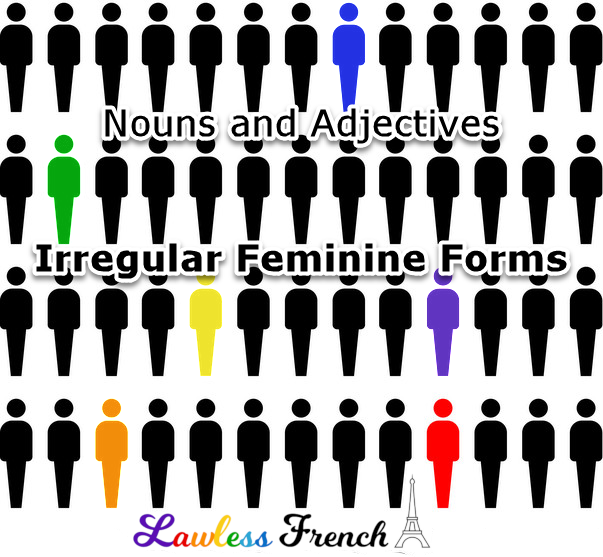