Being a French Verb

Être is one of the two most important French verbs (avoir is the other one) and has irregular conjugations in just about every tense and mood. Être literally means "to be," but also serves as an auxiliary verb and is the key to the passive voice.

Whether temporary or permanent, être expresses a sense of being with adjectives, adverbs, and nouns.

Être = to be someone

When a noun or subject pronoun + être is followed by a profession or some other noun that defines a person, there can be no indefinite article in French.

Être = to be somewhere

However, être à plus a noun or stressed pronoun means "to belong to" – learn more.

Être serves as the auxiliary verb in the compound tenses and moods for about two dozen French verbs.

Être is also the auxiliary verb for all pronominal verbs.

Être is used to create all tenses and moods of the passive voice.

Être ≠ to be

* In more than a dozen common phrases where we use "to be" in English, French uses avoir instead.

* When talking about weather, French often uses faire where English uses "be."

Être is also found in dozens of idiomatic expressions. 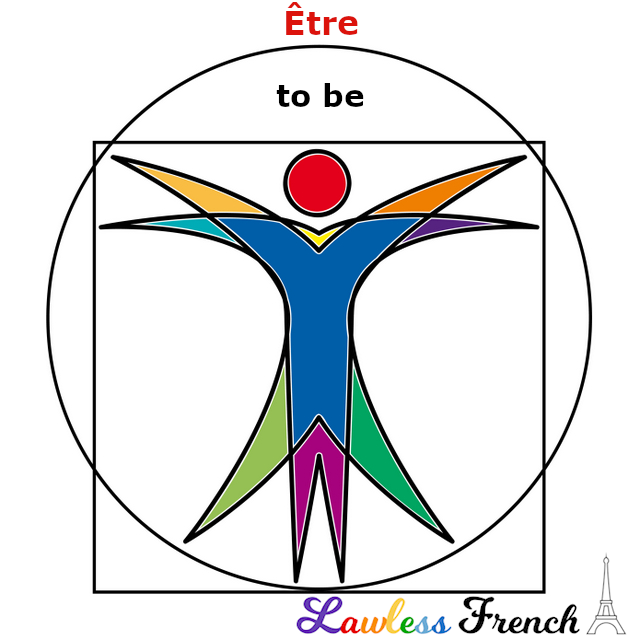