As seen in this sentence, the passive voice is used to indicate that something is being done to a subject by an agent. It’s passive because the subject is being acted upon, rather than acting as in the active voice. The agent may be implied or introduced by one of two prepositions.

The agent of active verbs is introduced by the preposition par.

When the verb indicates a state of being, the agent—if any—is introduced by the preposition de.

There are two good reasons to use the passive voice.

In the passive voice, the agent is placed at the end of the sentence, which gives it extra weight.

With the passive voice, you can avoid saying who or what is doing something by leaving out the agent, whereas in the active voice, you have to specify a subject.

It’s easy to overuse the somewhat formal passive voice, but there are ways to achieve essentially the same results without it.

1) Emphasize the subject with c’est or ce sont:

2) For an anonymous subject, you have two options:

a) Impersonal subject pronoun on 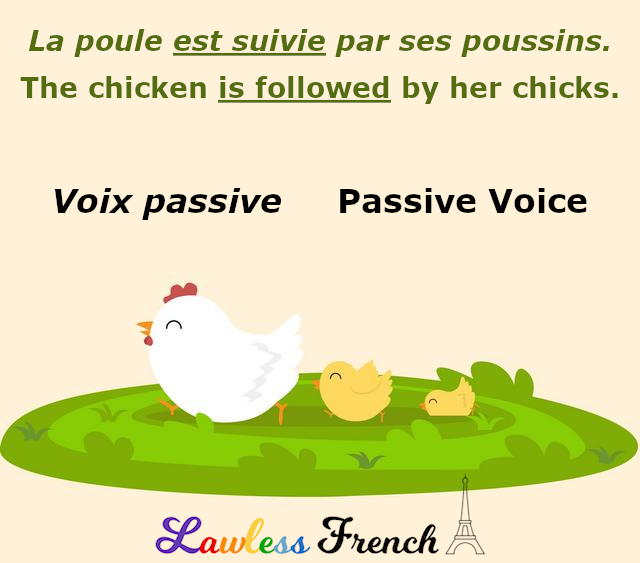