Dire is one of the most common and useful French verbs and has irregular conjugations. Dire literally means "to say" or "to tell," and is also found in many idiomatic expressions.

Dire de + noun = to have an opinion about

Se dire can be reflexive, reciprocal, or passive.

a) Reflexive: to say to oneself; to claim to be

b) Reciprocal: to say to each other

c) Passive: to be said

Dire is found in many idiomatic expressions, including

* Difference between "say" and "tell" 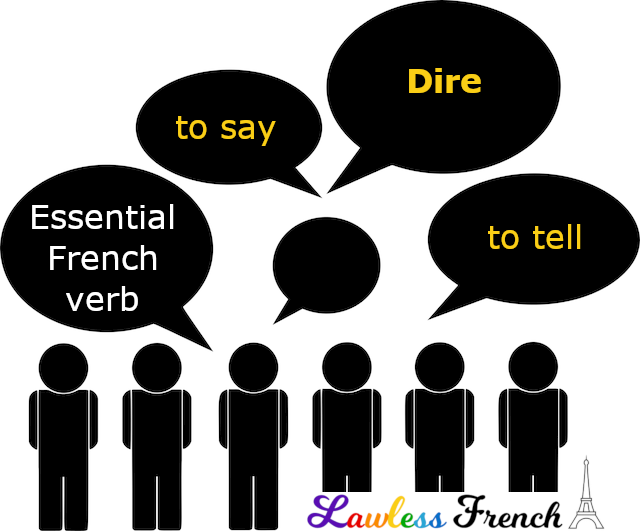