Usage notes: The French expression métro, boulot, dodo is much more descriptive and poetic than its English counterpart "the rat race."

So it’s sort of like saying "commute, work, sleep," but somehow that just doesn’t have the same ring to it as the French expression. (There’s also "eat, sleep, work, repeat" – interesting that it has "eat" instead of "commute.") 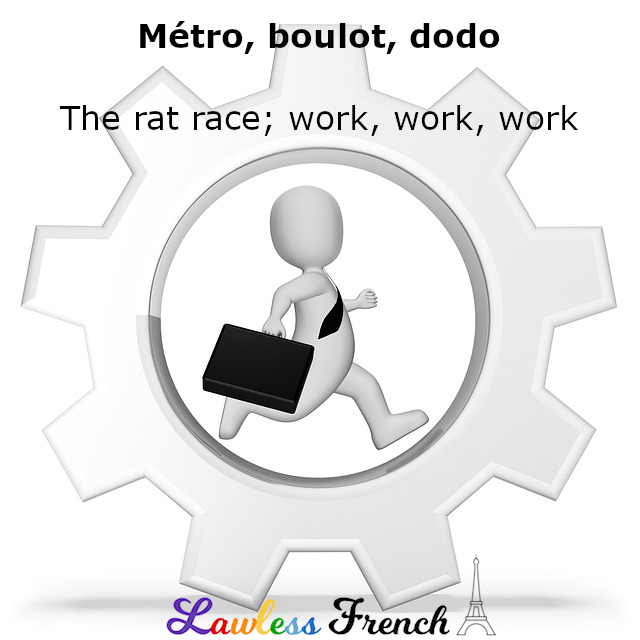