Make Do with a French Verb

Faire is one of the most common and useful French verbs and has irregular conjugations in just about every tense and mood. Faire literally means "to do" or "to make," but it’s also found in many idiomatic expressions and is the key to the causative construction.

Faire is equivalent to "to be" in two domains:

With the names of sports and other activities, faire is equivalent to the verb for that activity in English.

Faire = to have done, make happen

Faire plus the infinitive is the causative construction: to have/make (someone) do (something).

Faire is found in dozens of idiomatic expressions; here are just a few: 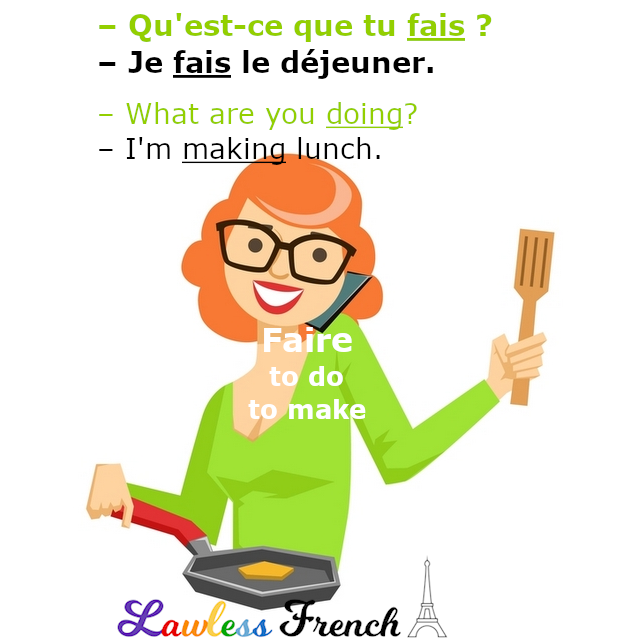