Usage notes: Ça ne fait rien is an informal expression you can use to dismiss a topic or respond to an apology.

Ça ne fait rien si asks for confirmation that something is acceptable:

World War I soldiers anglicized ça ne fait rien (not "sans fait rien" which has no meaning in French) to "San fairy Ann," which became a catchphrase they used throughout the war and took back to Britain afterwards. It was part of the common vernacular for several decades, and can still be heard today.

Sylva Norman in Time & Tide Business World, 1933 mentions a "less obvious … connection of ‘Sweet Fanny Adams’ meaning ‘nothing,’ with a woman who was murdered and cut up in 1812" but since that was a century before the war, I’d say there’s no connection at all, other than the shared initials.

Other expressions that were deformed when imported into English: 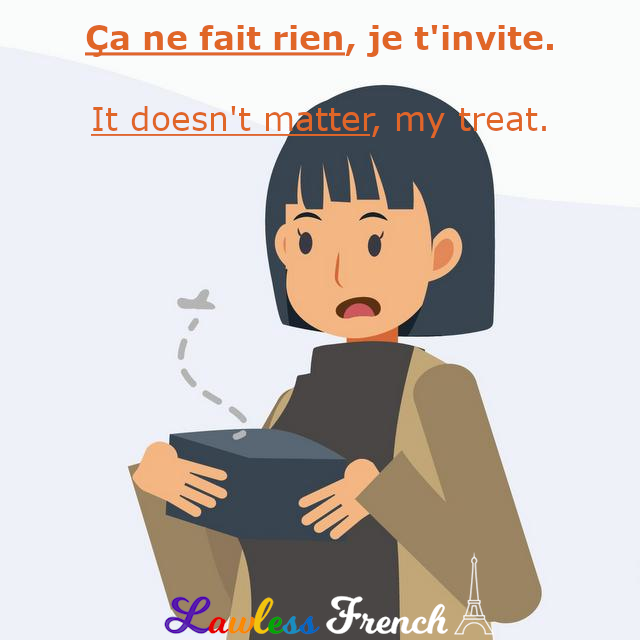