There are four French indefinite demonstrative pronouns, but two of them are used far more than the others.

Ce can mean it, this, that, these, or those and is most commonly used with the verb être, in the expression c’est.

The plural of c’est is ce sont. You cannot say ces sont, as ces is an adjective and therefore *must* be followed by a noun or adjective + noun.

Ce can also be used with the verbs devoir and pouvoir + être.

Formally, especially in writing, ce may be used without a verb.

Remember that ce is also a demonstrative adjective.

When followed directly by any other verb, or when devoir or pouvoir are followed by any verb other than être, the indefinite demonstrative pronoun is ceci or cela:

Other than in writing and formal speech, ceci and cela are usually replaced by ça. 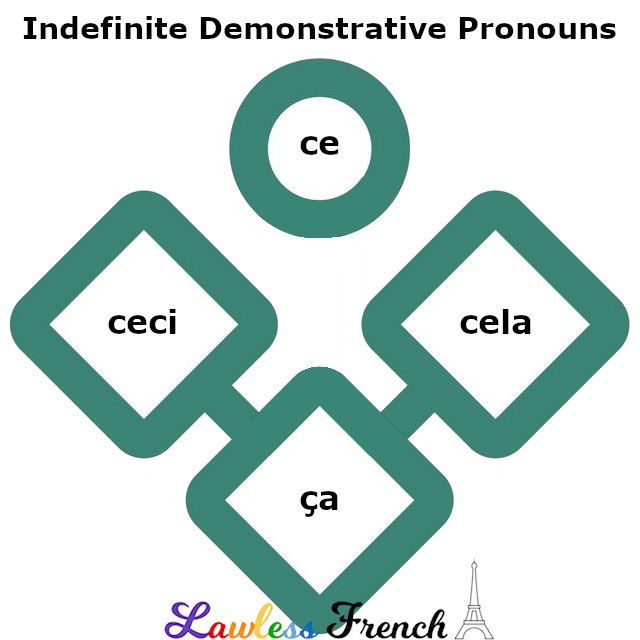