French and English have a number of important differences in verb tenses and moods, which can make translating the various conjugations from one language to the other a bit tricky, as explained in the intro to this lesson: French verb conjugation translations.

Please be sure to keep all of that in mind as you look at the verb donner (to give) conjugated into the impersonal and imperative forms. I can’t list every possible translation, but this should give you a pretty good idea of how all the French and English verb conjugations fit together. For a more in-depth look, click the name of any French verb form for the detailed lesson.

The French infinitive donner may be equivalent to the English infinitive "to give," the base form of the verb (give), or the gerund (giving).

This French verb form is particularly difficult to attach to a specific English translation; avoir donné is literally "to have given," but is more likely to be translated by giving, having given, about giving ….

ayant donné   having given 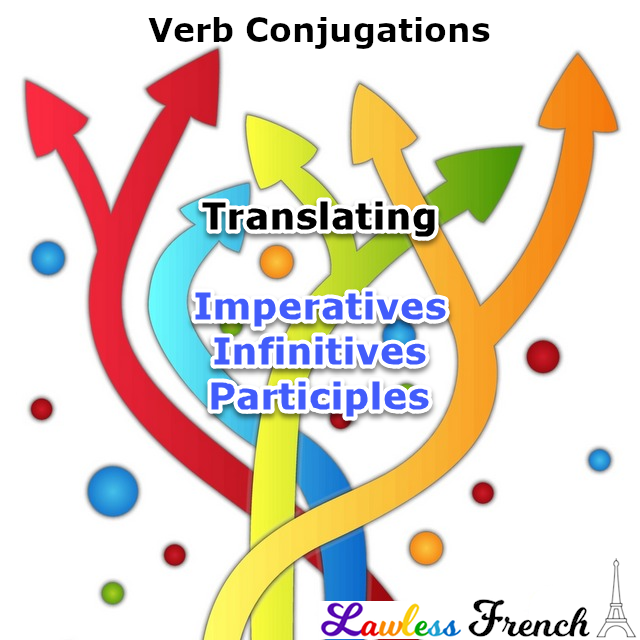