French and English have a number of important differences in verb tenses and moods, which can make translating all the different conjugations from one language to the other a bit tricky. Here’s what to keep in mind when translating French verb conjugations.

French and English each have about a dozen verb forms that are essential for everyday conversation, but they are not the same. For example, French has full sets of subjunctive conjugations for every verb, and while English does have a (rarely used) subjunctive, it’s nearly always the same verb conjugation as the simple present, so it offers no useful hint when translating into French. French also has several literary tenses that are reserved for written language (literature, journalism) that have no English counterpart. English, meanwhile, has five forms* that do not have straightforward French equivalents.

English uses modal (unconjugated) verbs to express certain nuances that French conveys with conjugatable verbs such as je dois, il doit, nous devons (I must, he must, we must).

Partly due to all of the above, and partly due to the nature of languages, many verb conjugations have two or more possible translations in the other language. (And that’s before you even consider how much this is compounded by verbs that have multiple meanings, like faire – to do, to make.)

With all of this in mind, take a look at the following pages for help translating every French verb tense and mood into English.

If you need to start with a more general overview of French verb tenses and moods, take a look at these pages, with one of each type of verb conjugated into everything:

Back to the basics: Introduction to verb conjugation 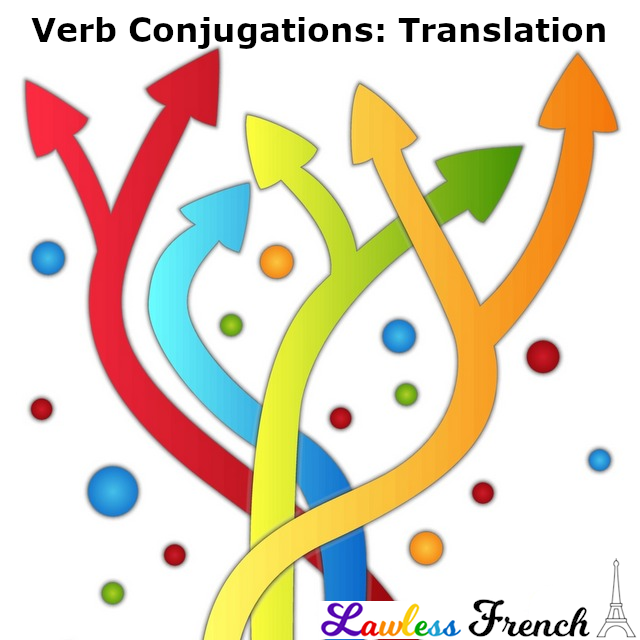