Croire is one of the most common and useful French verbs and has irregular conjugations in most tenses and moods. Croire literally means "to believe," has somewhat varying meanings depending on the preposition used, and is found in many idiomatic expressions.

Generally speaking, croire is equivalent to "to believe, think."

Croire que = to believe/think that

Croire à = to believe in

Croire à indicates a belief in the truth, existence, or effectiveness of someone/something based on intellectual reasoning.

Croire en = to believe in (have faith)

Croire en indicates a belief based on emotional reasoning.

Croire dans = to believe in (completely)

Croire dans combines the meanings of croire à and croire en: it indicates faith in the effectiveness of something (not someone).

Se croire = to believe/think oneself, to feel as if

When croire is used pronominally, it refers to belief in one’s own situation/feelings. 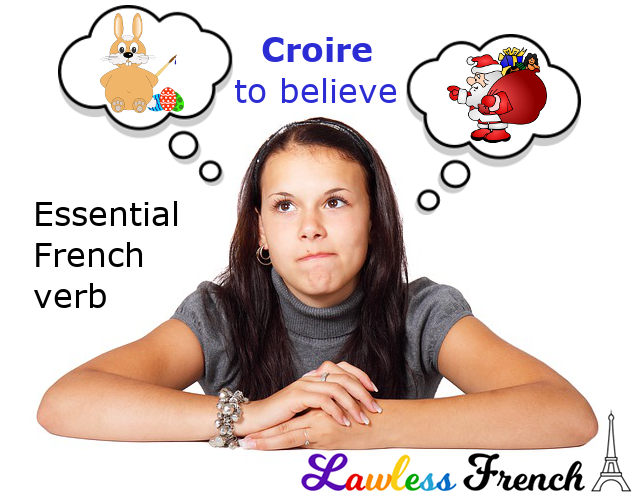