An indirect object is a person that someone or something does something to indirectly. In the simplest sentences, the indirect object directly follows a verb + preposition, so it’s very easy to see the effect that the verb has on that person.

* The person following "for" is only an indirect object when s/he is a recipient, as in "I bought it for you." When "for" means "on behalf of," as in "I think I speak for everyone when I say this," the noun after it is called an object of the preposition.

In order to avoid repeating nouns in a series of sentences or when answering questions, both French and English replace indirect objects with indirect object pronouns.

As you can see, the second version sounds much more natural, in both languages.

+ There’s no distinction between "to him" and "to her" in French; use lui for both. If you need to make a distinction, you can add à lui or à elle: Je lui ai donné le livre, à elle.

In French, indirect object pronouns generally precede the verb, whereas in English they follow it – learn more. 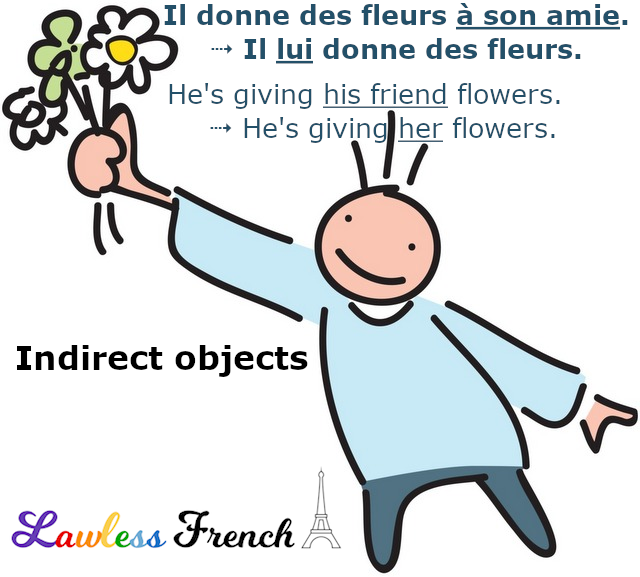