The placement of object, reflexive, and adverbial pronouns depends on which of the four main verb constructions they’re used with.

In nearly all simple tenses and moods, the pronouns go in front of the verb.

The only exception to the above is the affirmative imperative, which requires that the pronouns be placed after the verb.

In all compound tenses and moods, the pronouns precede the auxiliary verb – learn more.

In dual-verb constructions (such as modal verb + infinitive), the pronouns are usually placed in front of the infinitive – learn more.

These technically fall into the "dual verb" category, but are a bit trickier: Word order with verbs of perception 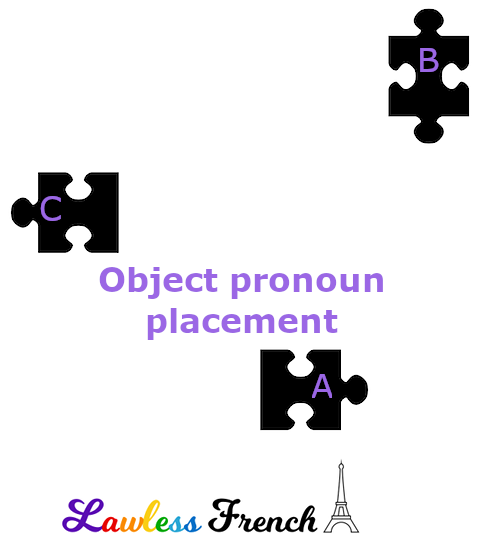