+ The third person singular and plural pronoun has two forms:

+ The first and second person plural direct object pronouns have just one form each.

In regard to reflexive pronouns, there’s no distinction between "himself," "herself," "itself," and "themselves" in French: use se for all of them.

Reflexive pronouns are used only with pronominal verbs. Grammatically, they may be direct objects or indirect objects, depending on the verb and the sentence structure they are used in.

Reflexive pronouns always have to agree with their subjects, with every tense, mood, and verb form.

When an impersonal subject is followed by a clause with a pronominal verb in the infinitive, you have your choice of reflexive pronouns, depending on what you want to say. 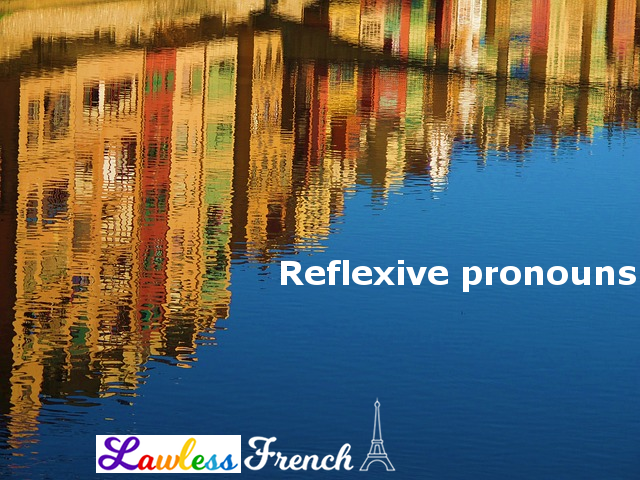