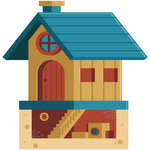 You probably know that 14 July is Bastille Day, but do you know what it's called in French? (Hint, it's not "jour de Bastille.") Do you know the history behind Bastille Day, or how it's celebrated in France? This page has links to everything you could possibly want to know.

Knowing the days of the week, months of the year, and seasons will come in handy when traveling, making plans with friends, talking about history, and lots more. 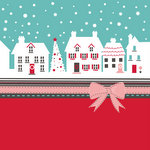 Christmas is celebrated in many countries around the world, though the exact traditions and foods vary greatly. Here are some general French Christmas terms to help you celebrate.

Learn the French words for clothing so that you can dress yourself in French. Click any underlined word or phrase to hear it pronounced.

What do buying clothes, talking about art, and shopping for fruits and vegetables have in common? Color! If you want to make sure to buy red tomatoes and critique an artist's use of green, you'll need to know the French colors.

Comparative adverbs are used to compare the relative superiority or inferiority of two or more things. This superior lesson will keep you from getting an inferiority complex. ;-)

In English, we use the modal "would" plus a verb to talk about actions that may or may not take place, usually depending on whether a certain condition is met. The French equivalent to this construction is a conditional mood with a full set of conjugations for every verb. The uses of these two constructions are very similar. 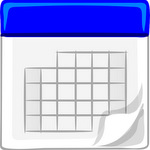 If you ever write letters, make plans, or request appointments, this lesson will be invaluable. There are a few little formulas to memorize in French, but otherwise, dates are very easy to talk about.

Setting up an online dating profile, talking to friends about someone you met, bragging about a new baby, and telling the police about a suspect have one thing in common: physical descriptions. Learn all the French vocabulary you need to describe the most common physical characteristics.

Learn how to talk about your entire family in French, including step-family, family-in-law, adoptive family, and more. 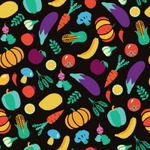 Food is a necessity, and can also be a source of great pleasure. Being able to talk about French food will come in handy while shopping, dining, traveling, and entertaining friends, so check out this lesson about French food, including the basic food groups and related vocabulary. Bon appétit !

In English, we use the modal "will" plus a verb to talk about actions that will take place in the future, but in French there's a future tense with a full set of conjugations for every verb. The uses of these two constructions are very similar.

Even if you love working on your French, sometimes you just need to play! Learn the French equivalents of your favorite games, sports, and hobbies and the verbs to use with them.