The French suffix -age is added to verbs or nouns to make new nouns, which are always masculine.*

For verbs, the addition of the suffix –age indicates the purpose, action, or result of that verb, and the new noun is almost always equivalent to an English gerund.

To add –age to a verb, take the present participle and drop the –ant ending to find the stem (racine), then add the suffix. For most verbs, this is the same as if you just dropped the infinitive ending.

However, for regular -ir verbs, there’s an extra syllable: –iss–

Less commonly, -age is added to nouns to indicate either a group of that noun or some enhancement to it. Note that the final letter of the noun may be doubled.

* Attention : French nouns with the suffix -age are always masculine – see Masculine noun endings. However, there are a few words, like page and image, that end in the letters (not the suffix) age and are feminine.

For a complete list of French words that end in –age, try the amazing Recherche par critères feature of Le Petit Robert: 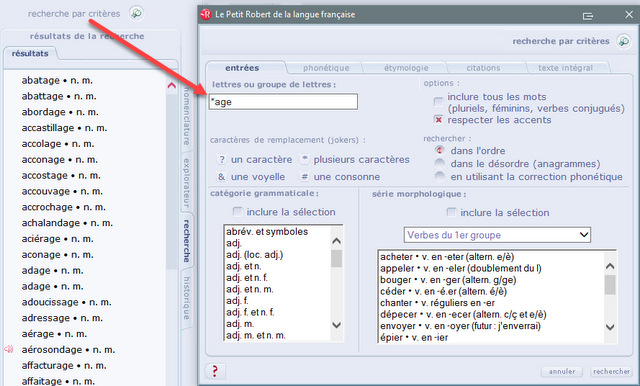