Unlike other French suffixes, -là does not create new words, but rather adds additional meaning to the nouns and pronouns it’s added to.

French demonstrative adjectives on their own don’t distinguish between "this/these" and "that/those," so you can add –là to a noun in order to specify "that" noun / "those" nouns as opposed to "this" noun / "these" nouns.

In addition to specifying location/nearness of a noun, –là can emphasize "that" in reference to time.

Similarly, French demonstrative pronouns on their own don’t distinguish between "that/those" and "this/these," so –là can be added to them as well.

When talking about two or more things, the addition of –là often indicates physical location. In the above examples, the speaker is talking about things that are visible, so –là indicates they are referring to the farther away of the item(s).

However, the suffix can also be used for "grammatical location": the location of the noun in the sentence relative to the suffix referring back to it. In English, this is expressed with "the former," which is equivalent to –là, and "the latter," equivalent to –ci:

This can be a little tricky. In English, "former" vs "latter" refers to the position between the two nouns in the sentence: "former" means the first noun and "latter" means the second noun. 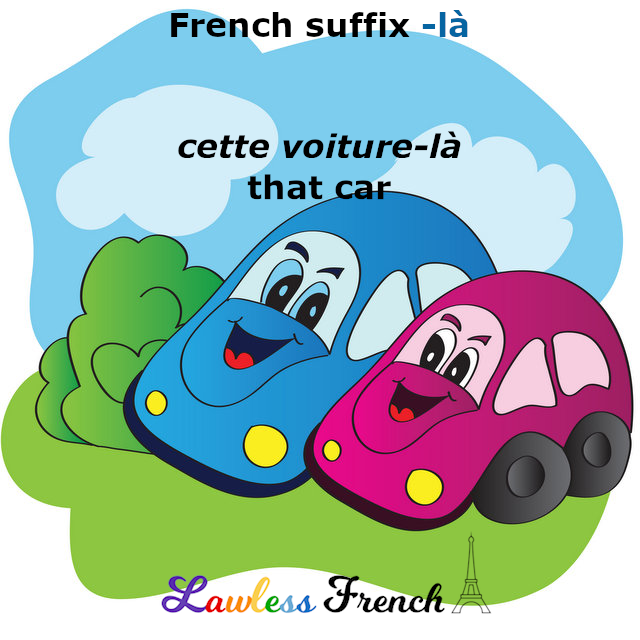