Faire is one of the first French verbs students learn, along with its most common English counterparts: "to do" and "to make." While "make" seems straightforward enough, in reality it has a number of different meanings and uses, many of which have completely different French translations.

When talking about making something in a general sense, faire is the most common translation.

When the making is more along the lines of creating or building something, other verbs come into play.

To make = to build –> construire

To make = to produce –> fabriquer

To talk about making someone do something, whether or not it’s intentional, the causative construction is the most common French equivalent.

When you need a stronger verb, "make" as in "force," you can use forcer or obliger:

Many other meanings of and expressions with "make" have different French equivalents. 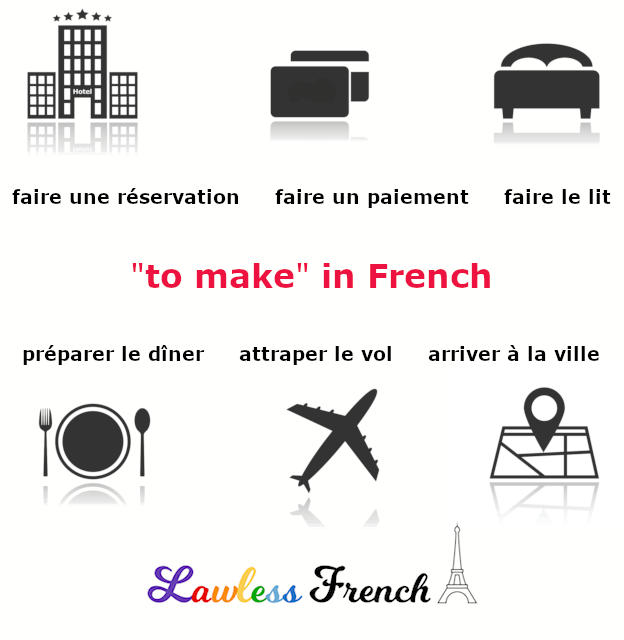