The French causative is formed with three to four components:

Which leads to three possible constructions:

Subject + faire + infinitive + agent (direct object)* = the subject is making the agent do something.

Subject + faire + infinitive + recipient (direct object) = the subject is making something happen, having something done to the recipient.

Subject + faire + infinitive + recipient + par or à* + agent (indirect object) = the subject is making the agent do something to the recipient.

The infinitive can be faire, which leads to odd-sounding but perfectly correct and usable sentences like

* Only the third construction includes a preposition in front of the agent; that is, only when there is both an agent and a recipient. The preposition lets you know which person is the agent and which is the recipient. 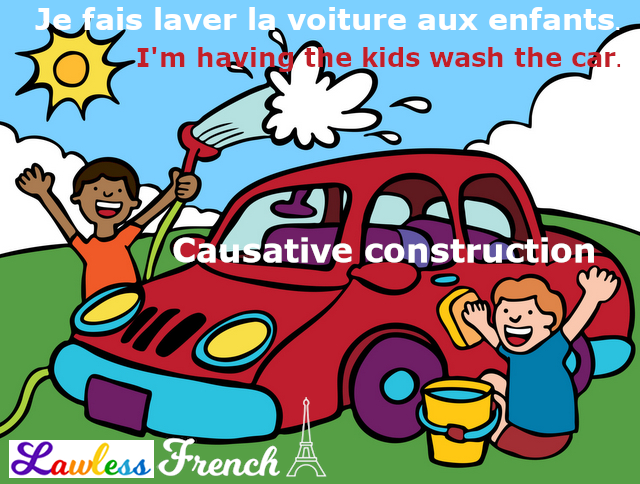