Whenever a verb is followed directly or indirectly by an infinitive and the subject of the two verbs is the same, the first is being used as a semi-auxiliary.

This list is not definitive, but it should give you a good sense of how semi-auxiliaries work. Click the links on the left for conjugation tables, and the links on the right for detailed lessons.

When using a semi-auxiliary verb with a direct object, that object always goes with the infinitive rather than the semi-auxiliary. Therefore, there is never any agreement with avoir verbs here.

Similarly, verbs like entendre and voir are not semi-auxiliaries, because the subject is perceiving someone else doing something. These are known as verbs of perception. 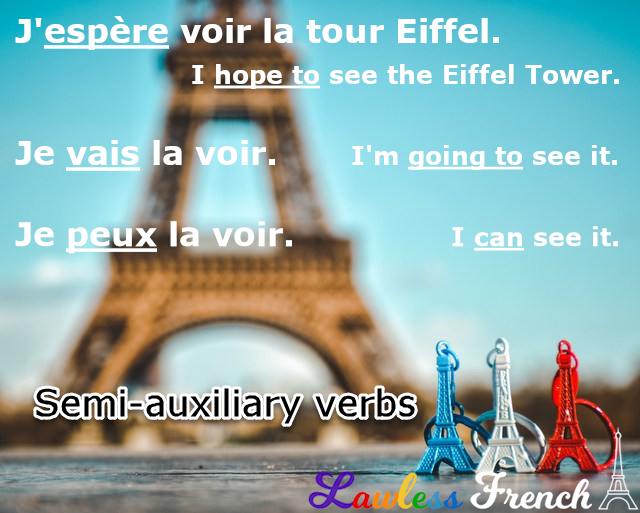