The regular -er verb penser, "to think," is ubiquitous and very useful, but can also be a little tricky when it comes to prepositions.

Penser followed directly by an infinitive means "to intend / plan to" or "to hope to":

In front of a noun, penser à means "to think about" as in "to consider, have on one’s mind":

The noun may be implied:

Remember: à + noun can be replaced by the adverbial pronoun y.

Penser à plus an infinitive means "to have in mind to" or "to remember to":

With a noun, penser de means "to think about" in the sense of "having an opinion on":

Remember: de + noun can be replaced by the adverbial pronoun en.

Penser de plus an infinitive means "to have an opinion about doing" or "to consider doing": 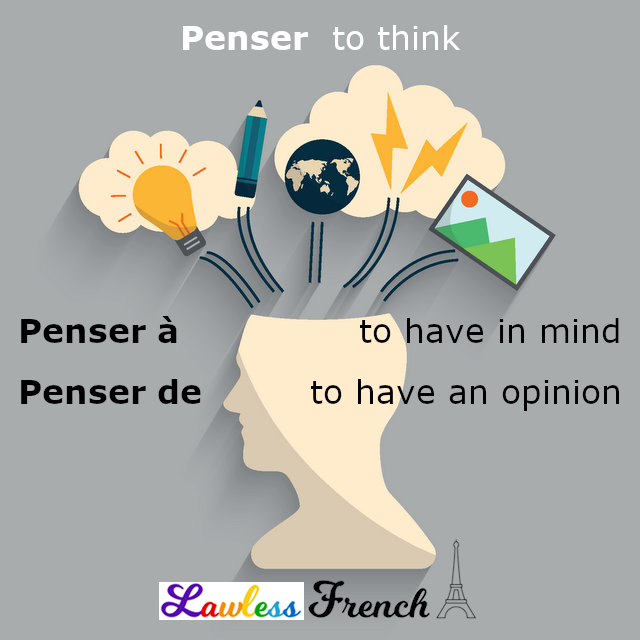