The regular -er French verb chercher generally means "to look for" something or "to try to" do something.

Chercher + noun = to look for, search for, seek

When chercher is followed by a noun, the idea of that objective is built right into the verb, so it is never followed by the preposition "pour."

However, when chercher is followed by an infinitive, the preposition à is required between the two verbs.

1. Indicative mood: expresses certainty that the person or thing exists.

2. Subjunctive mood: indicates that the speaker doesn’t know that the person or thing exists or, alternatively, whether s/he / it can be found.

Note that these the nuance is clear in French thanks to the verb mood, whereas the English translations are identical and need additional information to make the distinction clear.

3. Conditional mood: expresses hope that the person or thing exists and that s/he / it can be found.

Chercher is also found in many idiomatic expressions, including 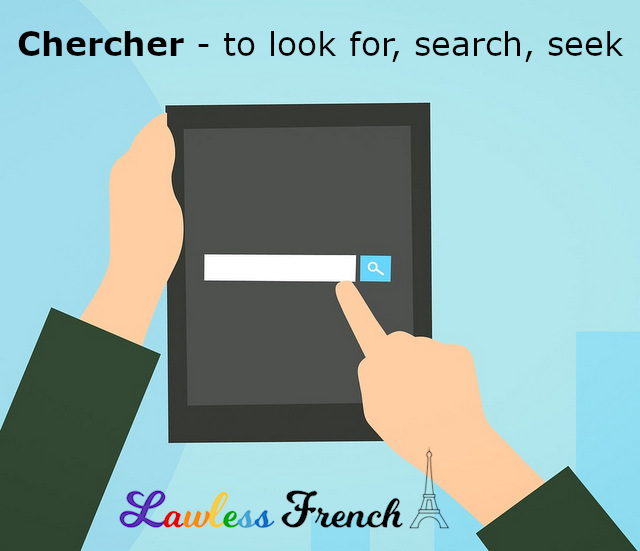