The name might be scary but the grammar is easy: a periphrastic tense is a verbal construction consisting of a specific semi-auxiliary verb plus an infinitive. These verbal phrases offer additional nuance to the normal range of verb tenses.

French has three periphrastic tenses, each of which can be used with the semi-auxiliary verb conjugated into the present tense or the imperfect.

Periphrastic tenses are one type of verbal periphrasis (périphrase verbale); the parent category also includes compound tenses (like the passé composé) and progressive tenses (which don’t exist in French). 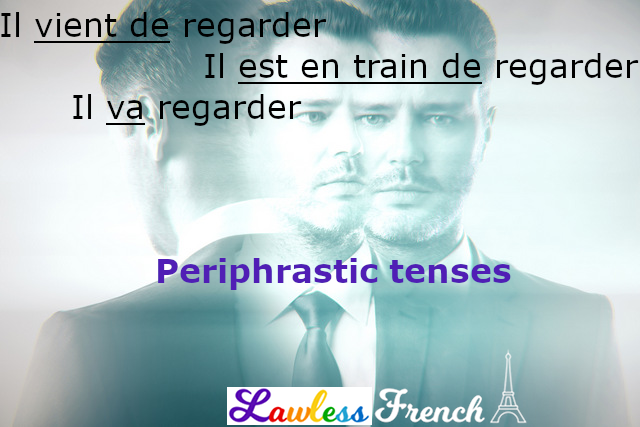