The Making of French Verbs

When someone is made to feel a certain way, that feeling is always expressed in English with an adjective: happy, ashamed, thirsty, etc. In French, however, some feelings are adjectives while others are nouns – and these two different parts of speech require different verbs. When it comes to feelings, the French equivalent of "to make" may be rendre, faire, or donner, depending on whether the feeling is an adjective or a noun.

When the verb is followed by a French adjective, "make" is equivalent to rendre.

When the verb is followed by a French noun, "make" is generally equivalent to faire.

However, with nouns related to physiological sensations, the verb is donner instead:

One exception: with chaud, the verb has to be tenir and is more along the lines of "keeping" rather than "making" someone warm:

Conseil concis : Does this collection of nouns-used-like-adjectives look familiar? They’re the same ones that require avoir as "to be" rather than être. 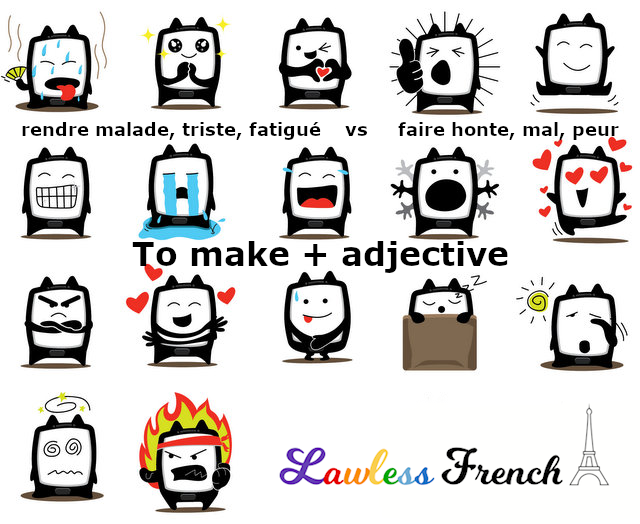