The general rule for the placement of French adjectives is that they follow the nouns they modify unless they fit into BAGS (learn more). Also, some are placed in front of the noun for stylistic reasons, such as in poetry.

But there are a number of adjectives that change meaning depending on whether they go before or after the noun.

In general, when the adjective …

* For this meaning, the adjective can precede or follow the noun.

** This is somewhat archaic. 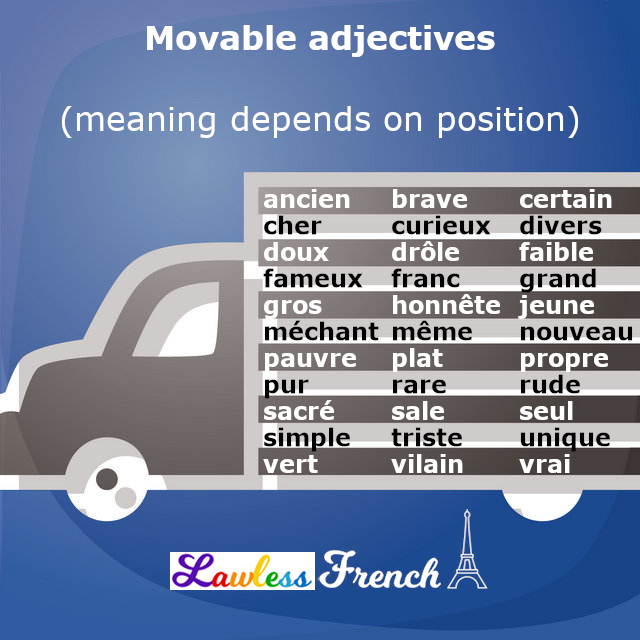