The French adjectives neuf and nouveau can be tricky for French students because they are both equivalent to "new" but are not interchangeable. Here’s a new look at these timeless French foes.

Neuf is used for something that is objectively new: brand new, new to the world, never used.

Nouveau means new to the speaker, a new possession, "new to me," different than its predecessor.

Unlike most French adjectives, nouveau usually precedes the noun it modifies (but see movable adjectives). It has four forms to agree in gender and number …

… as well as a fifth form, nouvel, for masculine nouns that begin with a vowel. 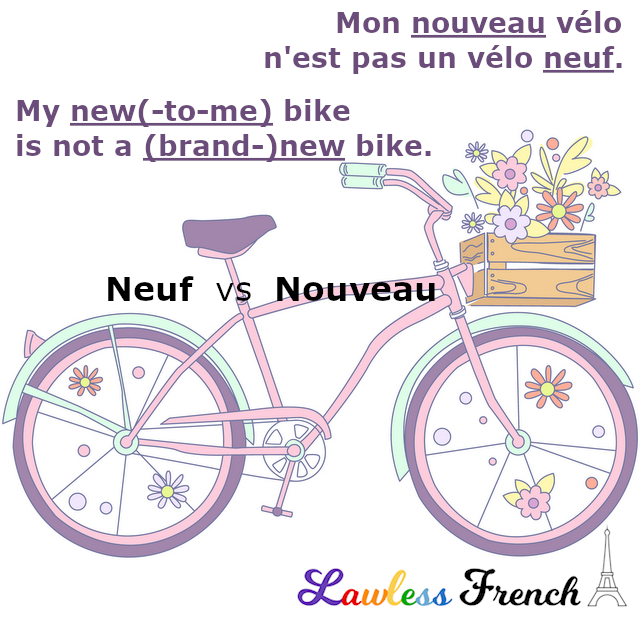