Descriptive adjectives are what you think of when someone says "adjective." Also known as qualifying adjectives, they describe a quality of a noun (color, size, shape …), distinguish between different nouns of the same type, and usually* follow the nouns they modify.

A. Descriptive adjectives aren’t necessarily placed right next to the nouns they modify:

B. They can be modified by comparatives and superlatives:

C. And they can be used in conjunction with other descriptive adjectives:

* There are a few dozen French adjectives that precede nouns. Most of these can be memorized with the simple acronym BAGS:

Also see Adjectives that change meaning depending on their placement

Limiting adjectives belong to the category of terms known as determiners: they specify which nouns are under discussion and always precede them.

Limiting adjectives can be used in conjunction with descriptive adjectives ….

… but not with other determiners (with a few exceptions). 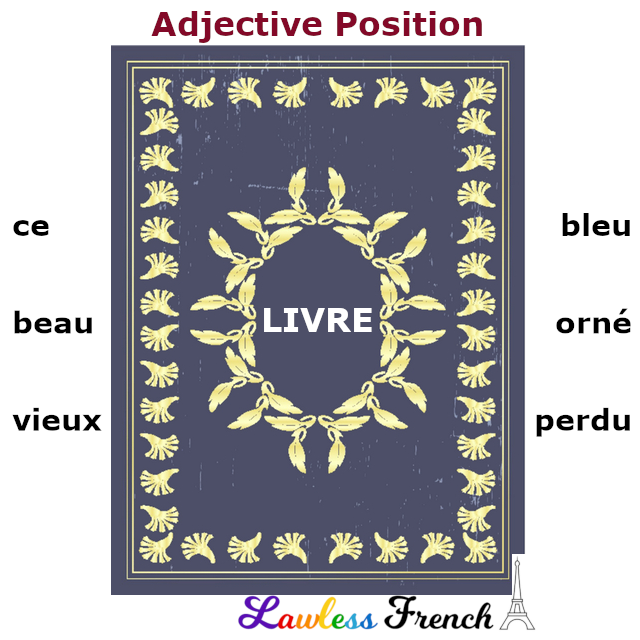