+ Autre and quelque have two forms: they must agree with the noun in number.

When autres is used without a number, you need the indefinite article des. However, it changes to de (see the end of that lesson) and then contracts, so you end up with d’autre(s).

+ Certain, maint, tel, and tout each have four forms: they must agree in gender and number.

+ Chaque is invariable. It can only be singular and is used with the third person singular (il) form of the verb.

+ Divers and plusieurs can only be plural and are used with the third person plural (ils) form of the verb. Plusieurs is invariable, while divers has masculine and feminine forms. 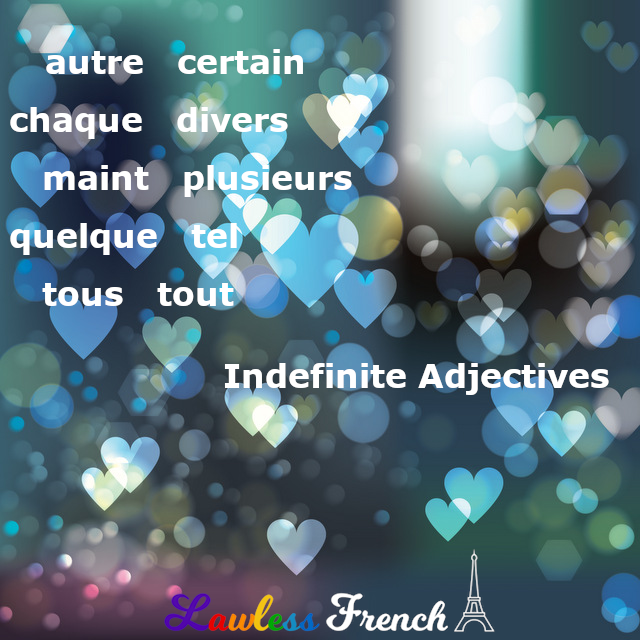