When asking someone to make a choice between two or more things, you need the interrogative adjective quel, meaning "which" or "what."

All four words are pronounced identically in front of consonants: the s in the plural forms is silent. In front of a vowel or mute h, a liaison is required.

You can ask questions with either est-ce que or inversion.

Informally, you can put quel and the noun at the end of the question:

When asking a question with a verb that needs a preposition, the preposition precedes quel.

Despite the name, the interrogative adjective quel is not limited to questions.

To say "which one?" you need the interrogative pronoun lequel. 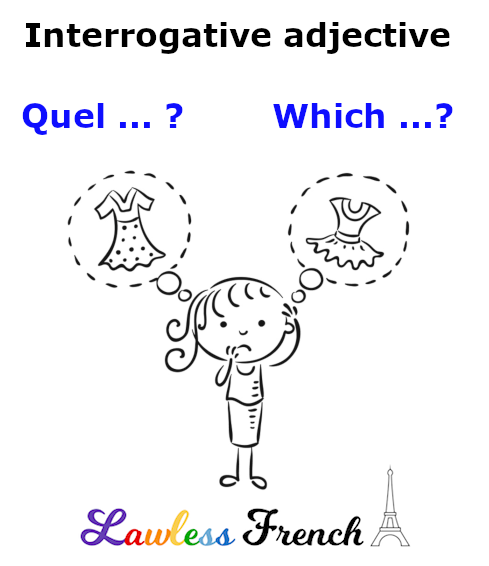