Relative adjectives are rare in both French and English, as they are found primarily in legal, administrative, and other very formal language.

The French relative adjectuve lequel (and its various forms) creates a link between a preceding antecedent and a following noun.

Like any other adjective/pronoun pair, the difference is that the adjective is used with a noun, while the pronoun replaces one. 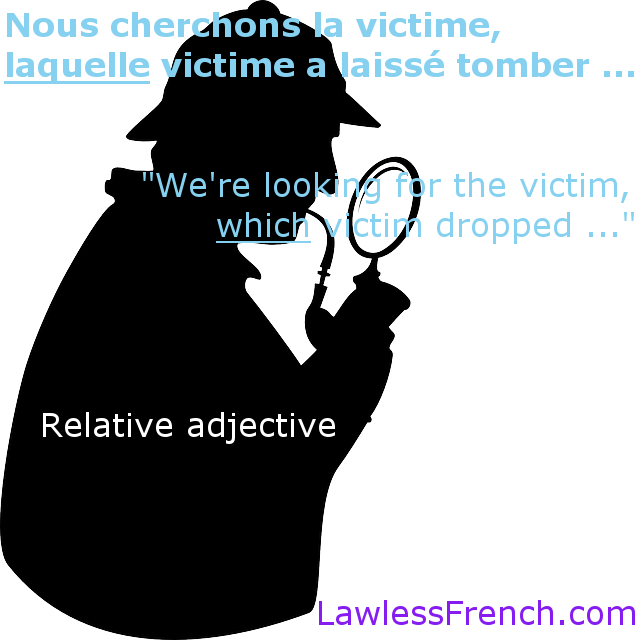