This lesson is specifically about adjectives with the personal verb être. Prepositions after impersonal expressions like il est impossible have their own rules.

Adjectives related to some kind of ability, attitude, or imminent action are generally followed by à plus an infinitive or noun.

Adjectives related to feelings, states of mind, and obligation are usually followed by de plus a noun or infinitive.

* I know, this indicates ability but takes de. What can I say? French likes to keep us on our toes.

Pour is required in the following construction: 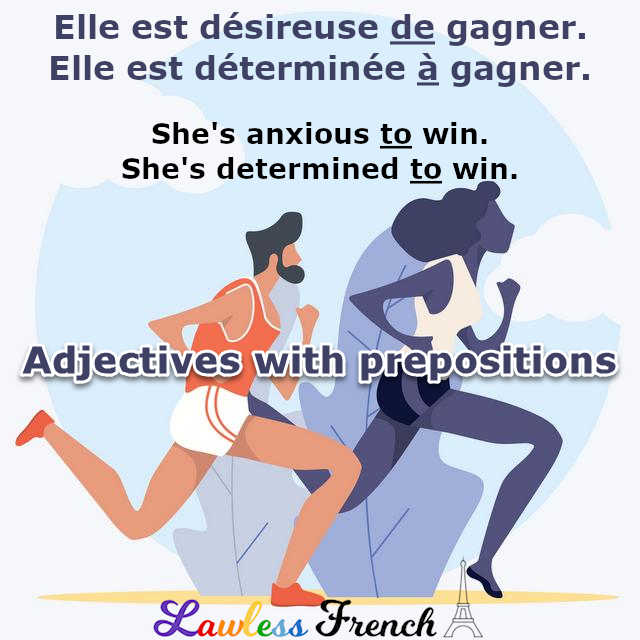