Grammatical agreement is a vast topic – and one of the banes of French students. While in English we have a few nouns, pronouns, and adjectives that indicate gender and number (e.g., waiter/he/him/his and waitress/she/her/hers), in French, agreement is found in 5 of the 8 parts of speech. Here are the various types of French agreement with examples and links to in-depth lessons.

All the different kinds of French adjectives (demonstrative, possessive, negative, etc) have to agree with the nouns that they modify.

Most French nouns have a singular form and a plural form. Nouns that refer to people or animals also have a masculine form and a feminine form.

Five types of impersonal pronouns (demonstrative, indefinite, interrogative, negative, and possessive) must agree with the nouns they replace in gender and number.

Verb agreement in the compound tenses and moods is probably the most difficult – take a look at verb agreement for details. 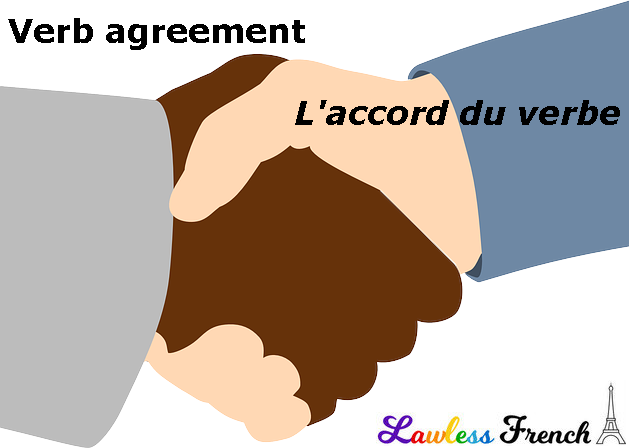