Though all negative adjectives mean essentially the same thing, there is a grammatical difference between them:

+ Ne … aucun can be used with any kind of noun.

+ Ne … nul can be used only with collective and uncountable nouns, like water and happiness.

+ Ne … pas un (seul) can be used only with countable nouns, like teachers and flowers.

When a sentence with an indefinite article is negated with a negative adverb, the article changes to de. This is not the case with un in the negative adjective ne … pas un (seul) – it remains unchanged and creates a stronger negation. 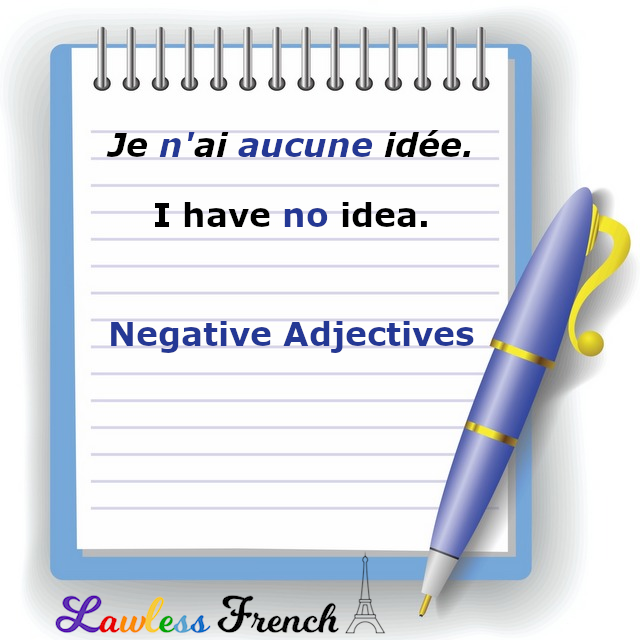